Skip to content
Brief History of the Jaguar XJS Cabriolet

Though it was the replacement for the popular Jaguar E-type, which had Convertibles and Coupes models, the XJ-S was only launched as a Coupe.  The Jaguar XJ-SC Cabriolet was not launched until 28th June 1982, alongside the release of the new 3.6 version of the XJS Coupe. 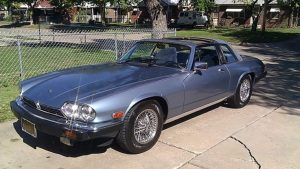 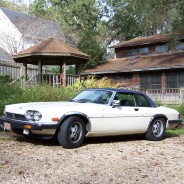 When production finished in April 1988, a total of 5,013 XJS Cabriolets were produced, in 3.6 litre straight six and 5.3 litre V12 versions, manual and automatic, left and right hand drive combinations.

The late John Bleasdale (Bleasie) spent some 27 years working on getting the International Cabriolet Register to where it is today, 20 years building it up and a further 7 years maintaining the information within it. This work has been undertaken with a lot of hard work and commitment, with the assistance of the Jaguar Daimler Heritage Trust (JDHT). This has all been done with the approval of Jaguar Cars.

He created the JAGICR website, and along the way recruited members and enthusiastic owners like Bryan Thomas (UK), followed by Stephen Tebben (USA) and then Helge Alm (Norway) who were constantly on the look out for Cabriolets never before been seen, to update and maintain the Register.

In January 2017 the ICR has found a new home as part of this XJS Soft Tops website. Owners of Jaguar XJ-SC Cabriolets can register their vehicle’s information as part of their Profile, and the maintainers of the Register can share with the owner any background history of the car they have recorded in the Register. This covers such details as to when it was manufactured (which is different to when it was registered for the road) and any previous owner details they have on file. 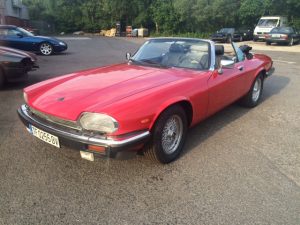 By 1982 Jaguar realised the feared ban wasn’t coming and there was still a strong demand for a convertible version.   However Jaguar weren’t ready to design and produce a full convertible, and elected instead for a Targa Top XJ-SC Cabriolet which was launched in June 1982.

From the time of its launch, various body-shops around the world took on the challenge and created their own XJ-S Convertibles as bespoke commissions for their customers. In 1986 specialist coach builders Hess & Eisenhardt dedicated their Blue Ash Rd plant to a build their own Hess & Eisenhardt XJS Convertible. Production continued for about 18 months, and in that time Hess produced 838 of their XJS Convertibles, converting each one from a new XJS Coupe.

In 1988 Jaguar were ready to launch their own in-house built Convertible model in the XJ-S series.

In May 1991 Jaguar announced the new XJS Model, no longer XJ-S, which was a compete facelift with many internal and external differences.   Facelift Convertible models as 4.0 Litre straight six and 6 Litre V12 variations continued to be made though to the 4.0 Celebration model in 1995.